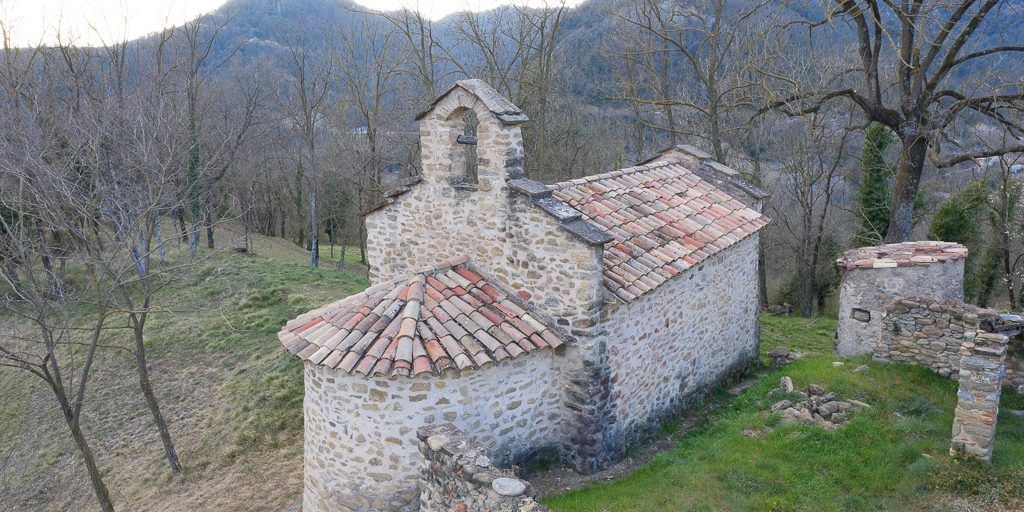 This hermitage, also called the Church of San Miguel (also San Mus), is next to the farmhouse of the same name. It is a pre-Romanesque building, probably built at the end of the 10th century. The last restoration was in 1920. Some say that St. Moí was a hermit who lived alone and was deaf, dedicated to prayer and built clogs, which left the on the edge of a path so that the walkers when they passed them took them. He adopted it as a pattern of those who lost their hearing asking: ‘Sant Moí, make me hear’ 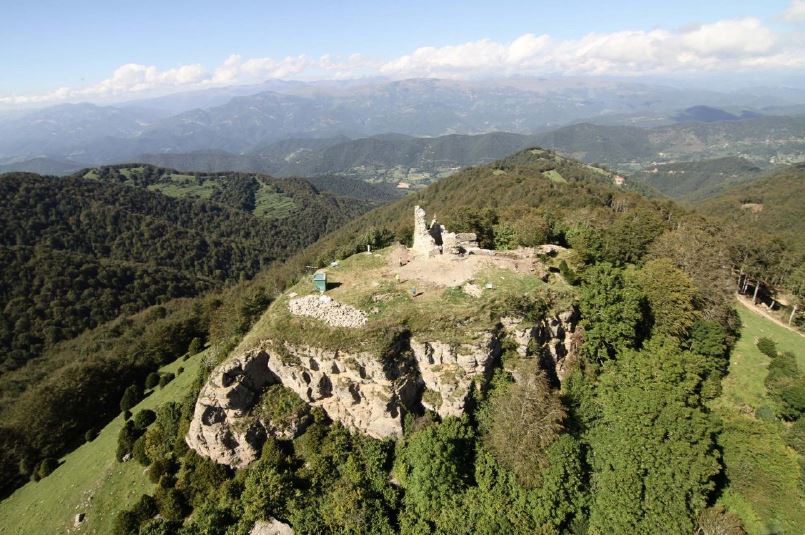 Located at 1533m altitude, we find the little remains of a castle that was part of the defensive ring of the 9th century. Cataloged today as a cultural asset of national interest, its term included the current municipalities of Vallfogona and Vidrà. The first gentlemen of Milany were the counts of Besalú. It had been the rocky fortress located at greater altitude in the interior of Catalonia. The castle was abandoned at the end of the s. XIV, when he lost the defensive function and the family went to Vallfogona, looking for a way to live more comfortable and practical. The few remaining remains respond to the reconstruction of the thirteenth century. 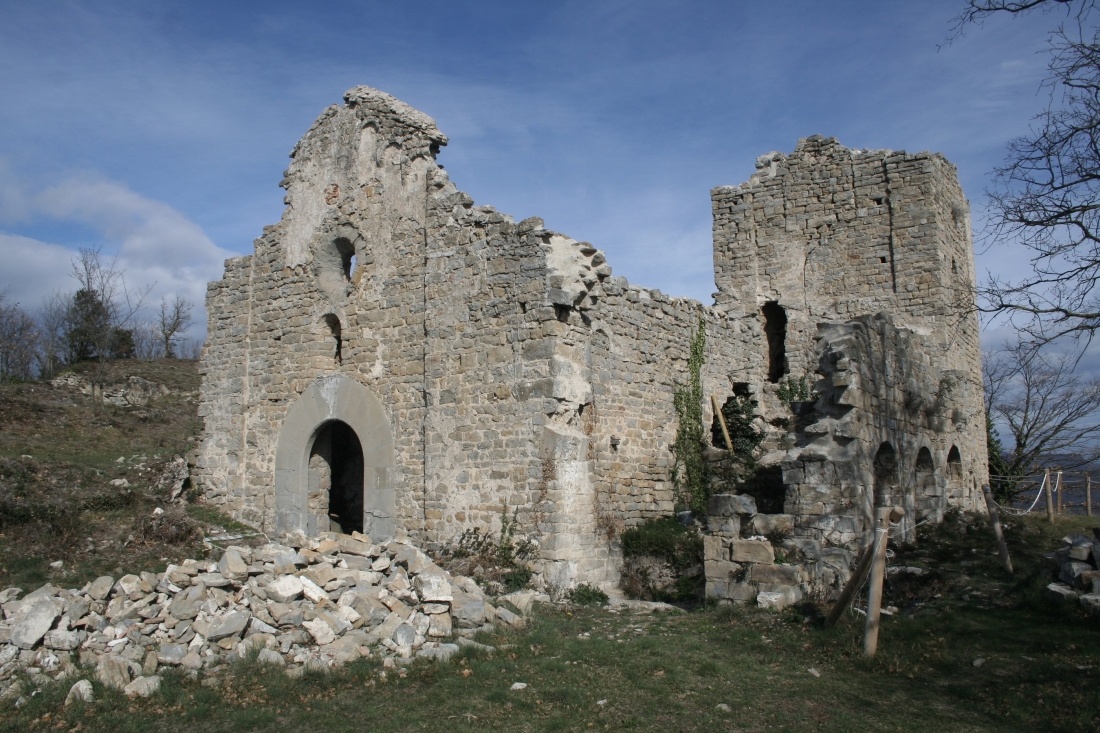 Magnificent jump of 35m, where we can highlight the lime accumulation under the jump. We also observe pan-shaped cavities excavated on the rock of the stream bed. On the way to the salt, we find three almost refined mills, typical of old flour mills, where you can still see part of the mechanism.

Considered the cradle of Catalonia, being one of the great centers of medieval Catalonia with a very rich historical past. In Ripoll we find the Monastery of Santa Maria, founded by Guifré el Pelós in 879, is one of the most important Romanesque monuments in the world, representing different biblical scenes and everyday life. It was one of the most important centers of culture in medieval Europe in the production and copy of manuscripts, and visiting the Scriptorium we can find a testimonial.

We can also visit the Ethnographic Museum, to discover the way of living and feeling of a newer past in the region, as well as the Farga Palau, an example of the industry for obtaining iron (mainly firearms, tools for to agriculture, nails and grates).

Thus, in Ripoll, one of the greenways starts: the Iron and Coal Route, which follows the route that the train used to carry coal from the mines of Ogassa to Ripoll, the ideal route to do foot or by bike of a total of 15km. About 23km away, we find an itinerary that follows the fresh stream Estiula torrent, popularly known as Torrent de la Cabana, where we can enjoy the visual beauty of its waterfalls and observe the vegetal diversity such as the riverside forest format mainly of verns and pine forests of red pine. A circular route of about 10km, which allows us to enjoy a total of 7 jumps of water. The itinerary begins at the parking area of the Font del Querol leisure area, about three kilometers from Campdevànol in the direction of Gombrèn. The area has tables, benches and barbecues. 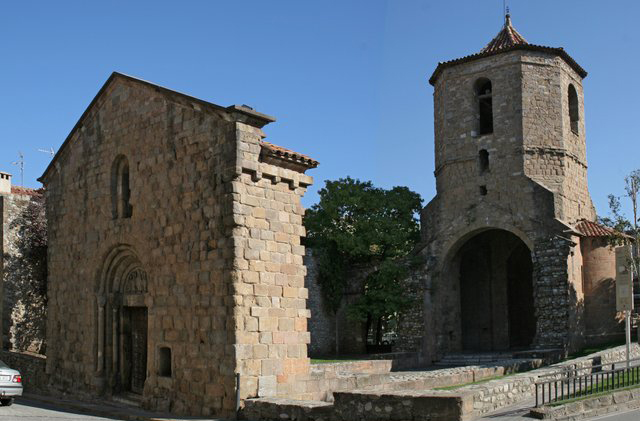 Although there have been indications that the area of Sant Joan de les Abadesses was inhabited from the Paleolithic Inferior, the history of the town is intimately linked to the monastery. It was founded in 887 by Guifré el Pelós. It has an important medieval heritage linked to the Monastery of Sant Joan de les Abadesses. This was the first female monastery of La Gòtia and the first abbess was Emma de Barcelona, the daughter of Guifré.